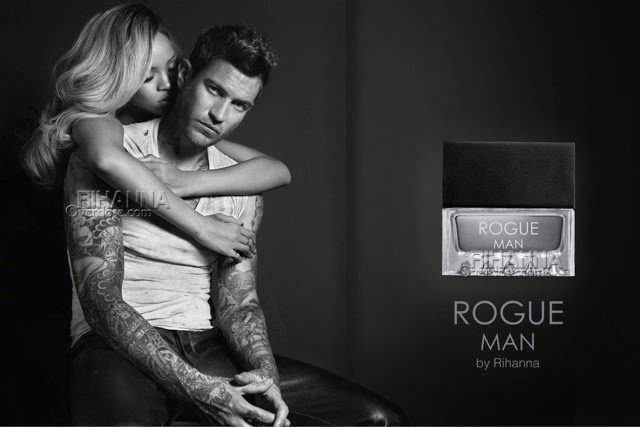 Here’s some inside details on Rihanna’s upcoming fragrance, Rogue Man:

When Rihanna created her first women’s fragrance in 2011, she stated that she wanted to produce a men’s scent first. Now after releasing four different fragrances for women, her dream has come true! In September, she will release “ROGUE Man by Rihanna”. The president of Rihanna’s licensee, Parlux Limited Donald Lotus feels that the season is just perfect for a man’s fragrance from Rihanna. With the huge success that other stars such as Jay-Z, Kenneth Cole and Vince Camuto have had with their scents, all signs point to a similar fate for ROGUE Man. Speaking of scents, let’s get into the perfume itself. Created by Frank Voelkl at Firmenich, the scent is classified as an oriental woody. The composition opens with black pepper, rosemary, clementine and bergamot, atop a heart of jasmine, cedarwood, labdanum and vanilla orchid, and a base of sandalwood, musk, patchouli, amber and tonka bean.

Of the current pop icons, Rihanna has had some really long-term success [in fragrance]. That success has translated across the ocean. So her international following is huge, and that’s
not always the case with celebrities –Donald Lotus The retail price for the fragrance is $69.00 for a 3.4oz. ‘eau de toilette’ spray and $39.00 for a 1oz. version. ROGUE Man by Rihanna will launch globally in 800 doors, and is currently available at Macy’s and at macys.com. Industry sources estimate ROGUE Man will ring up $10 million globally in first-year retail sales. Executives added that in July 2015, Rihanna will launch a third women’s pillar. Shop the fragrance below: 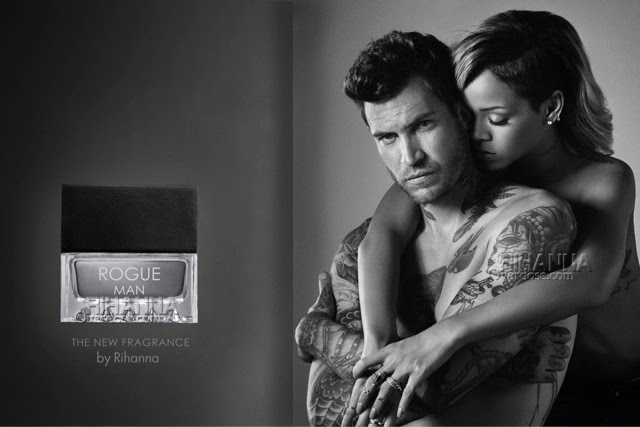 The beautiful ad campaign was shot by Mario Sorrenti and will be featured digitally and in retail catalogs. Rihanna posed with tattooed male model Daniel Ness. The ROGUE MAN by Rihanna ad campaign explores the rebellious and complex juxtaposition of attraction, sexuality and power. Rihanna was immediately attracted to feature model Daniel Ness for his raw sensuality and knew at first sight that he is was the embodiment of the “ROGUE MAN”. We don’t know if a man will react to this, if a woman will buy this for her boyfriend or if a man is hoping to turn into the guy that’s in the ad. The first bottle may be sold to a Rihanna fan, the second bottle [will be] because the bottle and the juice are just really fantastic – Donald Lotus