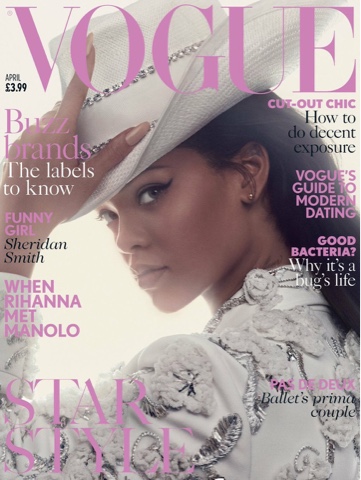 Rihanna is notorious for her magazine editorials for some of the top fashion magazines in the world. Last year, she covered so many and we were with you all to give you the rundown on just who and what she wore within each spread. This year, she starts things off with a bang by covering the April 2016 Issue of British VOGUE. The photos were shot by renowned photographer, Craig McDean — who has been behind several of Rihanna editorials throughout the years. Let’s take a look at what she’s wearing in the issue.