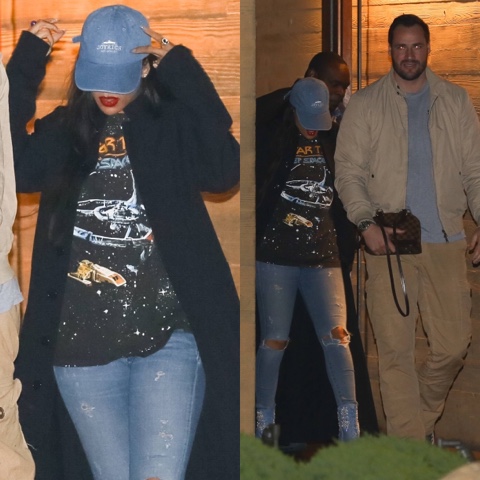 Rihanna was seen last night at Nobu Restaurant in New York. Today we will be covering her look for the night. It was announced yesterday that she will be attending the Billboard Music Awards and will also perform! If you missed her look yesterday at The Nice Guy Nightclub head over to my previous post for details. Here’s what she wore last night! Rihanna stepped out of the restaurant wearing a Joyrich Iconic Logo Cap in the color, Indigo. The cap retails at $50.00 but has now sold out. I also was able to spot her Jacquie Aiche Cameo rings and her bodyguard who held her Louis Vuitton $1,200 Damier bag.